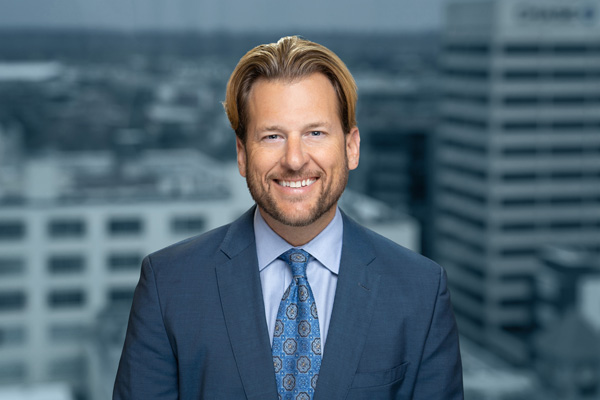 I have read the disclaimer and understand that Lukins & Annis, P.S. is not my legal counsel at this time.

Mike Franklin is a Shareholder in the Spokane office of Lukins & Annis, P.S. Mike’s practice areas include labor and employment advice, consultation and litigation, business litigation, and complex commercial disputes.

As a litigator, Mike has successfully represented clients in numerous employment-related disputes involving discrimination, harassment, retaliation, trade secrets, non-competition agreements, wage and hour issues. Mike has also represented numerous business clients in a variety of disputes, including complex commercial disputes, business torts, and contract disputes. He is licensed in Washington and Oregon and has appeared pro hac vice in state and federal courts in numerous other jurisdictions.

Mike is a regularly called upon to speak at Labor and Employment Law CLEs and has been recognized as a Rising Star by Super Lawyer’s Magazine and consistently named as one of Spokane’s best lawyers by the Spokane Coeur d’ Alene Living Magazine since 2007.